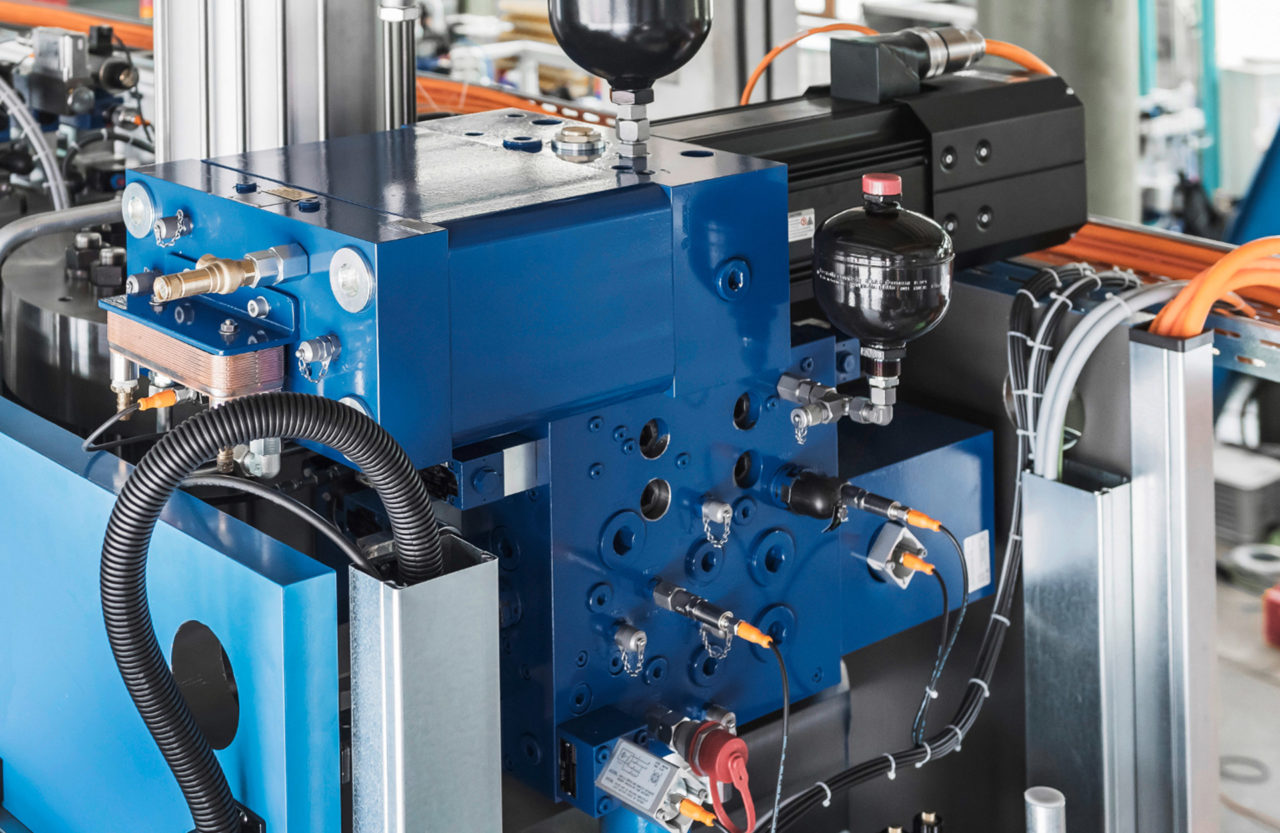 A prime perk of writing this blog is talking with engineers who turn established paradigms on their head. Take, for example, hydraulic power. Most engineers think of big, slow systems, like construction cranes, tractors, metal stampers, and other heavy industrial equipment.

The idea popped into Shang’s head when he visited the Oshkosh Air Show, a popular showcase for experimental aircraft. There, he saw Workhorse’s SureFly, a two-person quadcopter. It uses a piston engine two drive the two electrical generators that power the rotor motors. In essence, Shang said, the electrical system acted as a transmission to control the speed of the motors.

That got Shang thinking: “I know hydraulic has advantages over electrical systems. Its high fluid pressure generates very high power density. And hydraulic motors are about half the weight of electric motors for same power output.”

“Hydraulic systems are not unpredictable, but they are not so straight forward either,” Shang said. To control the drone’s flight, he needed a system that could drive each propeller at different speeds. This has been done commercially.

More critical was the challenge of residual pressure. In an electric drone, turning the power off shuts down the motor. In hydraulic systems, turning off the power leaves residual pressure in the system. This could make it difficult to maneuver the drone when it must adjust to changing winds or less than ideal weather. Shang has developed some control strategies but needs to verify them in demonstration flights.

Changing the hardware may help. He could, for example, buy a better sized main pump and reduce weight without sacrificing power.

He could also use more sophisticated hydraulic motors for the propellers. Some models let the control system change the amount of fluid displaced during each stroke. This would give Shang more (and faster) control over propeller speed.

Ultimately, Shang hopes to develop heavy lift drones to deliver cargo over long distances to emergencies, remote areas, and offshore to oil rigs and ship. He has patented the technology and seeks to license it or collaborate with corporate partners while continuing to develop it.